Anyone else working on blockchain projects and interested in discussing ideas? I have a few NFT projects in the works and am trying to come up with some ideas on integrating some physical elements maybe 3d printed or laser cut. Also just looking for some people to talk through various things pertaining to smart contract creation and deployment.

I know a little bit about this and have written some small blockchain apps. I worked a little with ethereum smart contracts before they became unreasonably expensive to use. I’m looking at arweave right now. Solana also looks interesting.

Check out Holochain as well. It’s not blockchain, but it is a distributed and decentralized application/data-engine framework. If you’re looking to build something useful, efficient, and people focused, I think it (and its general architectural concept) is the way to go. Blockchain is not a scalable or economically viable database model, and is really only being propped up by venture funding and the allure of economic enclosure.

With crypto’s effects on climate and environment, not to mention it’s systemic and gender biases, perhaps the conversation does not align with Generator’s values and is best left for private discourse.

I disagree and would think that discussing these issues openly allows for ideation on making the space more inclusive and reducing the impact on the planet. Just because there are issues with something is no reason not to discuss it. One could argue woodworking is equally gender bias and the deforestation of the plant has had a far greater environmental impact than crypto mining.

Minting an NFT using Ethereum or even a more eco-friendly blockchain technology like Stellar is not equivocal to woodworking. Why do you see smart contracts as useful if you want to produce a physical good?

I am not comparing minting an nft to wood working simply saying that not discussing something in a public form because there is a gender bias in the industry seems backwards to me.

I am interested in learning ore about decentralized apps and data. As an artist I’m attracted to blockchains because of their permanent and un changeable nature. Proof of ownership, and a public record of events like sales and transfers are all central to selling and owning art. I am interested in exploring ideas that make blockchain NFTs specifically more accessible. I think introducing people to the concept of NFT ownership with the help of a physical item is an interesting concept. 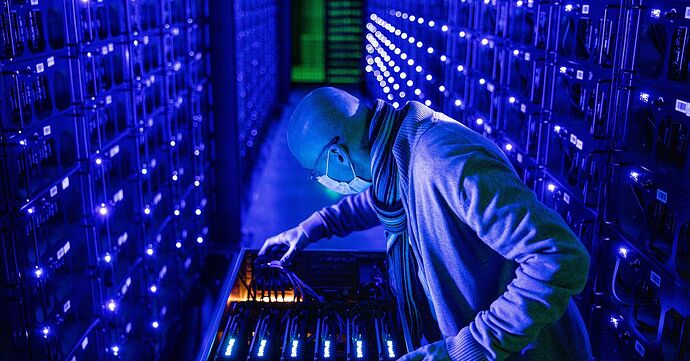 The climate controversy swirling around NFTs

The fight over the future of NFTs. 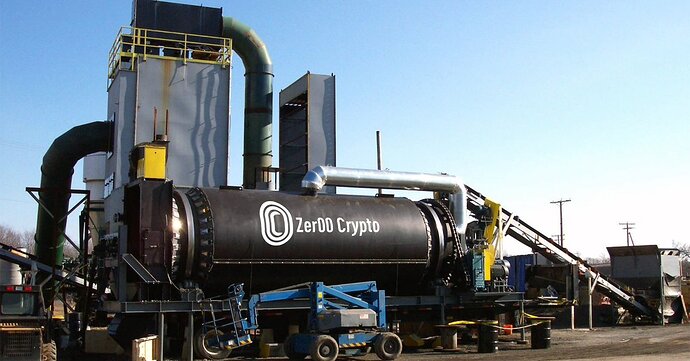 I think that this is a better place to work from. I could write a book on the subject (and I sort of am), but there is a lot of really interesting history and work done in the realm of “Decentralized (and distributed) Apps and Data”. I’m not sure that a forum thread is the best environment to get into the depth of the topic, but to tackle some of the things you called out as interesting

On the “unchangeable nature” of blockchains: like every aspect of society, this is only true as long as there is “trust”. The current implementation of blockchain technology makes it so that to actually host a node, you need an intensive set of hardware. Because of this, most “access” to blockchains is routed through a handful of centralized service providers that host the nodes, and let you access the data via API. Already, this is a huge step back towards centralized services like Facebook or Google. Another big “advantage” is that nobody can rewrite the history, though the truth is that “the majority writes the history”. If everybody was running their own local node this would be pretty robust, but when in practice most people are accessing centralized nodes, it becomes easier for 51% owners to exist.

Likewise, “permanence” only exists as long as someone cares enough to keep something around. There’s nothing particularly magical about a blockchain; it’s still just a computer with a disk connected to a network. Drives can fail, people can move on. In fact, most of the actual “content” of the blockchain (including NFTs) are not stored on the blockchain themselves, since storing MBs or GBs worth of data is extremely expensive to store on chain; only the transactions exist there, and the artwork itself is generally hosted on traditional file storage systems like AWS, where one person missing their bill (or a company going out of business) means that content is gone.

On both of these first two points, you could just build a system that accomplishes the same results on traditional infrastructure without the complexity, problems, and climate issues.

This gets to the last point, on ownership. It’s impossible to own a digital item, because information itself cannot be owned. Information is infinitely and freely reproducible. Even under the flawed mainstream economic theory, the price of good is based on where supply meets demand, and information has an “infinite” supply. Unlike a physical object, which can only be in one place at a time, information can be everywhere all at once. So when you play the game of trying to own information, it is just that: a game. When you purchase “ownership” of an NFT, what you are actually doing is performing an action inside the magic circle of a game, which only has meaning to the other people who are also playing a game. Just like how the floor is lava, but only to the people who are playing. Now, if you can get enough people to play along with the rules of the game, you can create some kind of meaning behind the “exclusivity” of an NFT (and also extract economic gain from people who misunderstand the game), but you can never make that game tangible in the same way that you can with physical matter.

Beyond these points, there are still other issues. Blockchain economics tend to enforce and magnify the system of capitalism as a whole; those who have the most [mining computers | governance tokens | staking tokens] get more power, and get to make the future rules. This is the antithesis of the “decentralization” that the movement espouses, and it’s unavoidable due to the shape of the system. The energy consumption problem has not been solved, and still doesn’t have a workable alternative discovered (PoS introduces other problems, and has been “six months away” on Ethereum for many years). Even blockchains on renewable energy are just siphoning that clean energy away from more useful applications.

There are, however, a lot of really great and interesting ideas and projects in the history of decentralized computing, though the are all less sexy and far less profitable than blockchain technology. (But that’s the reason why blockchain has the hype that it does… venture capital money pays for the marketing, and venture capital money doesn’t go to projects that improve society without a profit.)

If you’re interested in some of the alternative ideas, you should still check out Holochain. It’s an extremely lightweight and peer-to-peer framework for designing “rules of games”, in the way I outlined in the ownership section. Instead of forcing a single global consensus program state, it builds on a paradigm of “agent-centric” computing, where each user has their own perspective on program state, and they share and align those states based on trust and data validators.

Anyway, there’s a lot to discuss when it comes to blockchain/crypto/nfts, and it touches on many things outside of technology, into the social, economic, and political realms. It’s hard to condense or reduce it all because of how interconnected it is, but it can be useful to try to have these larger conversations. Just know that blockchain is nowhere near as simple as “permanence” and “digital ownership”, and take a slow, cautious, and critical approach to learning about it.

Having said all of this… I do ultimately believe that the “tl;dr” is still “blockchain bad”.

Blockchains have gotten political. The software was never finished before people adopted them.

I like blockchains only because they provide for censorship-resistant global publication, and data permanence.

They do this by making an economy that requires those features in order to continue functioning. The features only stay so long as that is true, and so long as the economy is used.

For me, the only point of the economy is to retain features like that.

The environmental and centralisation arguments are the current state of the technology, not inherent limitations.

But now with newer technologies, newer things will develop than blockchains.

After Nate’s comment above, I thought I should weigh in on this.

Generator is happy to endorse any conversations about technology. I think that demystifying novel technologies like this are an important part of helping folks be informed so they can arrive at their own conclusions on how and if these technologies could be of benefit to their work/productivity/life.

Generator is also a fan of promoting the regulation of “behavior” over the regulation of “technology”. In the early days we had a “no making weapons” policy that rose up out of the communities concerns of 3d printed firearms (this was like 7 years ago when 3d printing was the novel tech that many folks didn’t fully understand). Unfortunatly knife making / bladesmithing and other crafts suffered as a result of the broad blanket policy. We have since learned from that phase in our development and have focused more on behaviors and choices than on whole technologies and workflows when it comes to how we develop and roll out our policies.

I am really happy to see this conversation on the forum and to see that multiple viewpoints are being shared in a very civil and informative way. This is the kind of knowledge sharing that we encourage.

Thank you all for contributing to the discussion!